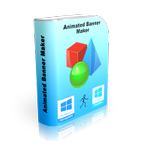 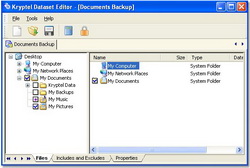 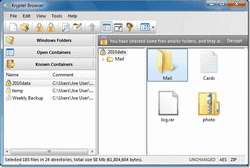 We have contacted Inv Softworks regarding registration issue and are waiting for their response. This comment will be updated as soon as we have any information.

Sorry for the inconvenience.

Remember NetScape? Perfectly good browser except that it wasn't free AND it was competing against something that WAS free.

If you don't remember Netscape, you can be foregiven because, as you can imagine, it didn't last too long. Free ALWAYS beats paid if they're the same and ESPECIALLY if free is better.

That's the problem with Kryptel: Axcrypt is free, they are not. In fact, they make you buy TWO programs (Kryptel and Silver Key) to get what you can get in Axcrypt.

Sadly for them, in further fact the ONLY reason anyone would buy Kryptel is because they do not know about Axcrypt.

So, how about here? It's free, isn't it? Well, yeah. Except, of course, when you want to share your encrypted file. Then you gotta buy their Silver Key product. EXCEPT, of course, when you need to re-image your drive or use system restore or otherwise lose the use of the program. Then what do you do? Oops.

One word. Axcrypt. It doesn't hold your data hostage.

I have a number of things to say about this but I'm trying to do 10 things at once so I'll probably forget some. The install wasn't too bad except it doesn't use the Microsoft installer. Mostly installs drag-drop and file-open context-menu handlers, but you can deselect the context-menu items individually after installation in the options. Sets the Shredder to run at startup, perhaps to clean up any files which have been marked for shredding. There was an activation error message (from Kryptel, not GOTD) when I installed but the About license information indicates that it's registered.

This comprises a number of programs and components, which probably reduces security. There are different programs for different purposes, there's a "wizard" which is basically a launcher.

In general, I don't like the idea of closed-source security utilities. Use of known public algorithms is essential, which this uses, with numerous options. That permits verification of the encrypted data for security holes, but only if the container format can be determined or is documented (doesn't appear to be). Internet access must be prohibited, a highly-secure 2-way firewall can block it. However, there are additional details to encryption software which are very important, and those are much harder to check on closed-source utilities. As I recall, this does claim to shred temporary files. One thing which I don't like at all, it's storing temporary files in the encryption-source folder. Adding additional information to the archives, as this normally does for recovering as much data as possible from damaged archives, may reduce security, but there is an option to change that (lots of options).

Encryption utilities generally fall into the file/folder or on-the-fly encryption (OTFE) categories, Kryptel falls into the former, but tries to do many things. Kryptel places files into encrypted containers, an analogy would be encrypted (7-)Zip archives. Kryptel uses (B)Zip compression, so it's actually very similar but Kryptel can place additional information in its archives.

How you handle encryption depends upon your security needs and number of files. For few files, file/folder encryption is generally best. For large numbers of files, OTFE encryption is generally best. Kryptel tries to go up against OTFE using file/folder encryption but allowing searching and filtering on file names and tags, which it can add, along with video thumbnails. Additionally, Kryptel tries to go up against encrypting document-backup utilities.

Apart from the security issues, which utility you prefer will probably largely depend upon the UI. Some people may like the way Kryptel works. I tried it on a virtual machine, which is slower than a physical machine, but I got the impression that the UI was sluggish. Kryptel claims to support multi-core processors, but I don't know if that applies to individual files or while processing multiple files. TrueCrypt can use special hardware support on some newer Intel processors. Kryptel claims to support 64-bit processors, but installs mostly 32-bit code, according to the location used.

Some people may like this approach, and Kryptel supports its own container/file browser, drag-and-drop, and context-menu handling. I found it cumbersome and slow, and prefer specific utilities for specific purposes. The open-source Axantum AxCrypt is super easy to use for file/folder encryption, in fact, it's only accessible from the context menu (and they wised up and switched to the Microsoft Installer). AxCrypt's rename option gives the encrypted file a random name (right-click the file/folder after encryption), but restores the original filename when decrypting/opening. It can open an encrypted file in its associated application and re-encrypt the result transparently. Kryptel has a number of options for password support, such as passwords, keyfiles, or using existing files but with specified segments to increase security. However, it doesn't support password plus keyfile, which AxCrypt does. For encrypted backups, almost any backup utility is more flexible and also offers encryption, I prefer StorageCraft ShadowProtect Desktop. For encrypted archives, there's the open-source 7-Zip. For handling large numbers of files, it's tough to beat the open-source TrueCrypt or FreeOTFE (you can compare OTFE utilities on Sarah Dean's website).

People will complain that Kryptel archives aren't accessible if you lose your GOTD version, but that's not true, the free version will decode Kryptel archives. Of course, the open-source alternatives are always available and generally have portable versions or readers.

Hmm. Tried the program out, no problems so far if your looking for a desktop version. The website says that Kryptel Enterprise supports USB installation. I looked into it, but it looks like we don't have that opportunity at Giveaway as we have to go into the Customer Control Panel and type in an order number (which we don't have). Too bad, I would have liked to have tried the portable version.

We have contacted Inv Softworks regarding registration issue and are waiting for their response. This comment will be updated as soon as we have any information.

Sorry for the inconvenience.

We have fixed the issue with activation server overload. Activations are going smoothly now, sorry for the inconvenience.

Future Ludo
Now we bring you to space, bring the war to universe.
$2.99 ➞ gratis oggi

Magnifier Flash
Just pick your iPhone to transform it instantly into a magnifier glass with torch light.
$0.99 ➞ gratis oggi

Easy Spending Budget
The most simple and convenient to use expense tracker on the go with easy gestures and cool animations.
$1.99 ➞ gratis oggi

Over The Bridge PRO
By building bridges between the various platforms try to get as far as possible!
$2.29 ➞ gratis oggi

The Hearts PRO
Challenge yourself and other people in our new colorful puzzle &...
$1.99 ➞ gratis oggi

Speed Camera Radar (PRO)
This application is used to detect hazards on the road, such as speed cameras.
$0.99 ➞ gratis oggi